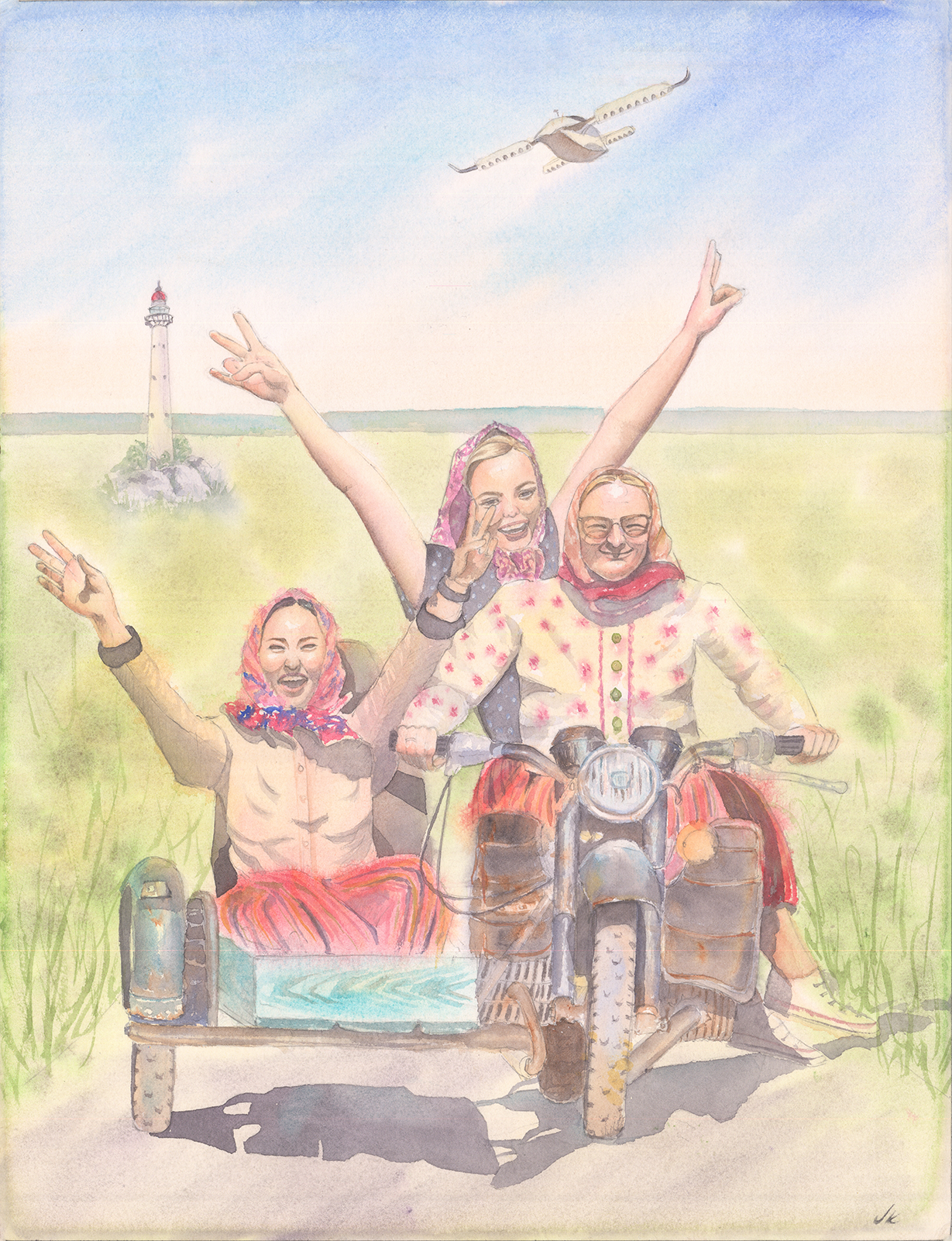 The push came hard and unexpected. Blue veins flushed with blood. They stood out against the dry skin of Arvo’s hand, as he gripped the joystick and forced his will on the machine. In the fight between man and storm, muscle memory won. A man in seat five put down his glass of whiskey. The soft impact with the table created a bigger stir in the liquid, than the major gust of wind that had just hit the electric jet.

“Okay, where am I?” thought Arvo. Time to get his bearings. The downward cameras showed the manta shaped shadow of the jet racing across waves of brownish water. In front of him was a riverbank and jungle. It was so hot; you could see the heat waves even through the eyes of the cameras. Arvo looked at his cheat-sheet: “Tamale to Kabaka, seven passengers, flight time: 20 minutes.”

He was in Ghana. In the olden days the trip from Tamale to Kabaka would take more than five hours and required a huge detour around the mighty volta river. IF there ever was a bus from a place like Kabaka, which was basically the size of 3×3 football fields of dry mud with about a hundred houses. Now people flew from here to Ghana’s third largest city Tamale just for a business lunch or a date.

Arvo saw the landing pad getting closer: A circle of mud, surrounded by an outer ring of visual and electronic signals to help the jet find its mark. The waiting area was a tiny, round building, made from mud and hay. It looked like a traditional African hut. Which is exactly what it was: Something that just looked like a “traditional African hut”. But was actually designed by corporate marketers in Amsterdam or New Delhi.

While Arvo’s brain entertained itself with thoughts like this, the storm got more agitated by the minute. Lightning struck and a giant tree burst with a pang that could be heard for miles. The wind tried to grab the plane and knock it off course, but Arvo would have none of it. His muscle memory had long ago told his brain to go play in its room while it took care of things. And his brain had happily taken the hint.

Continue reading on the next page.

Signup! I let you know once we start.